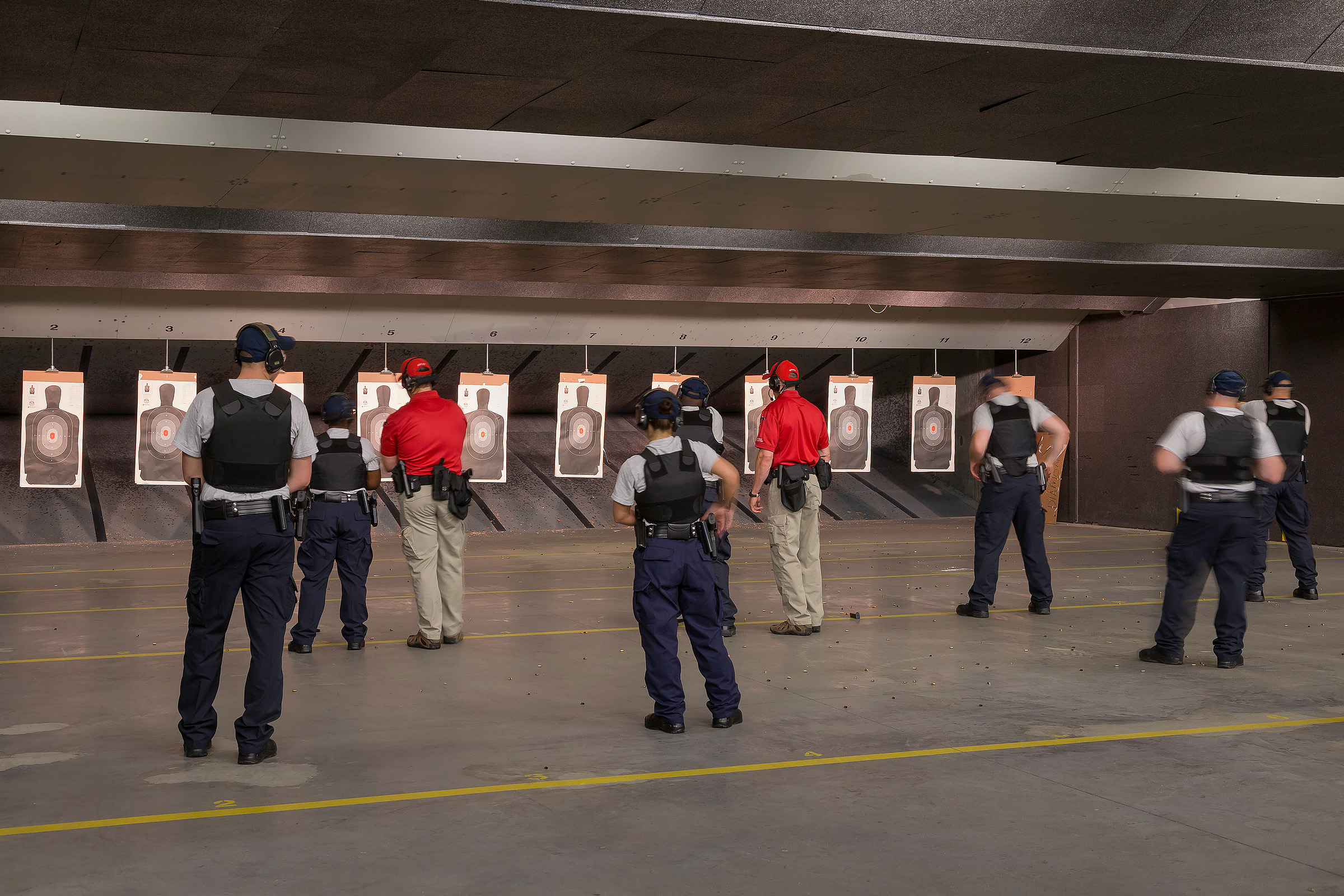 The City of Winston-Salem began their partnership with Clark Nexsen in 2007 with a feasibility study for a new Joint Firearms Training Facility. The facility they envisioned would meet the growing needs of multiple law enforcement agencies: the City Police Department, the County Sheriff’s Department, and the regional community college responsible for law enforcement training.

The Clark Nexsen design team of architects and engineers supported the City in facilitating an effective partnership between these groups, conducting multiple charrettes and studies to determine the overall training program and various agency needs, ultimately undertaking an extensive site selection and building design process.

Today, the single-story indoor firing range includes 12 firing positions at both 50 yards and at 100 yards, each capable of training live fire ammunition up to .50 caliber. Designed in a walk down configuration without shooting booths, the range uses multiple target systems including a fixed pneumatic target system capable of edge and face movement, running man systems, and steel reactive targets. A low slope steel bullet trap was used on the firing range, which includes an automatic lead collection system for the spent rounds.

In addition to the firing lines, the range facility houses a 30-person classroom with full audiovisual and distance learning capability, weapons storage, cleaning and maintenance areas, and independent HVAC mechanical rooms so that each range may be operated without interrupting the other.